The ON-OFF consortium held its third transnational meeting in Pireaus, Greece on the 18th and 19th November, hosted by AKNOW.

Partners took this opportunity to reconnect face-to-face and coordinate project requirements. They discussed the general progress of the project and the intellectual outputs which are ongoing. They also discussed the upcoming interim report, as well as going over administrative issues and upcoming deadlines.

The next meeting is expected to be held in early May in Bucharest, Romania. 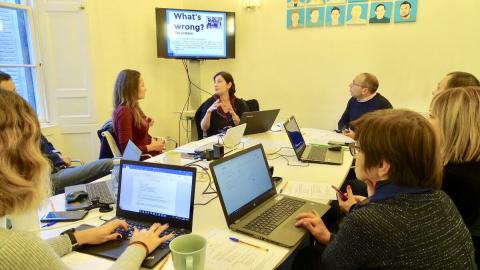